Due to the epidemic, the show was transformed into the Hsinchu 2021 LIGHT COMING, and was soon opened after long preparations. Using photolithography in wafer fabrication as the inspiration for the curating theme, iF+ used ‘light’ at several historic buildings to ‘silhouette’ Hsinchu City’s spectrum. The show also served as an important indicator that large-scale art and cultural outdoor events were resuming gradually after the epidemic.

HIGHLIGHT 1 – An epitome of the grand epoch, in retrospect the good times movies brought us.

Based on a retro vibe, the show invited visitors into the black and white film era. The projection mapping reproduced ‘Pin Guan’ (competitions among theaters) and ‘movie synopsis’ culture in early times alongside hand painted movie posters by local artist WEI Rong-Hsin. iF+ also played with the Museum’s building structure. The character ‘Light Monster’ lead audiences through time to learn about the graphical history of movie and pop culture. Through ever-changing technology and imaging techniques, it showcased the epitome of the grand epoch and reminisced with us the good old days that movies brought. 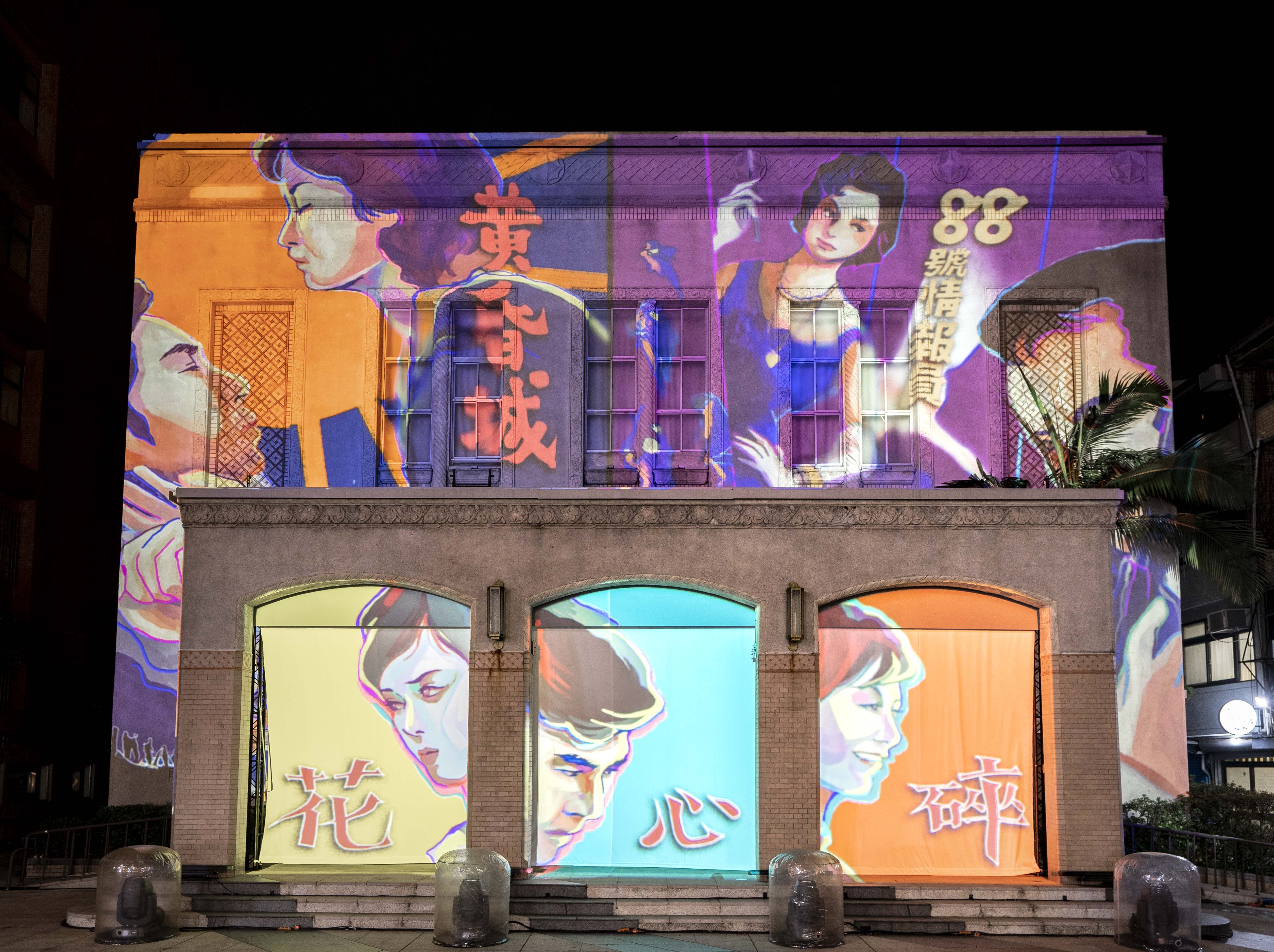 The curating team transformed Hsinchu City Hall, Hsinchu Forest District Office, Hsinchu City Police Bureau, and Hsinchu City Fire Museum into a 360-degree amphitheater. The characters ‘Ricey’ and ‘Maru’ turned on a magical light show and embarked on a fantasy adventure. The palace was built with colored glass, and light bulbs transformed into moonlight to shine upon the forest. Following a child-like point of view and footsteps, the audience could discover sun bears and flamingoes shown on different buildings. Children were wowed by every performance, proving Hsinchu is a city that is kid-friendly and full of creativity. 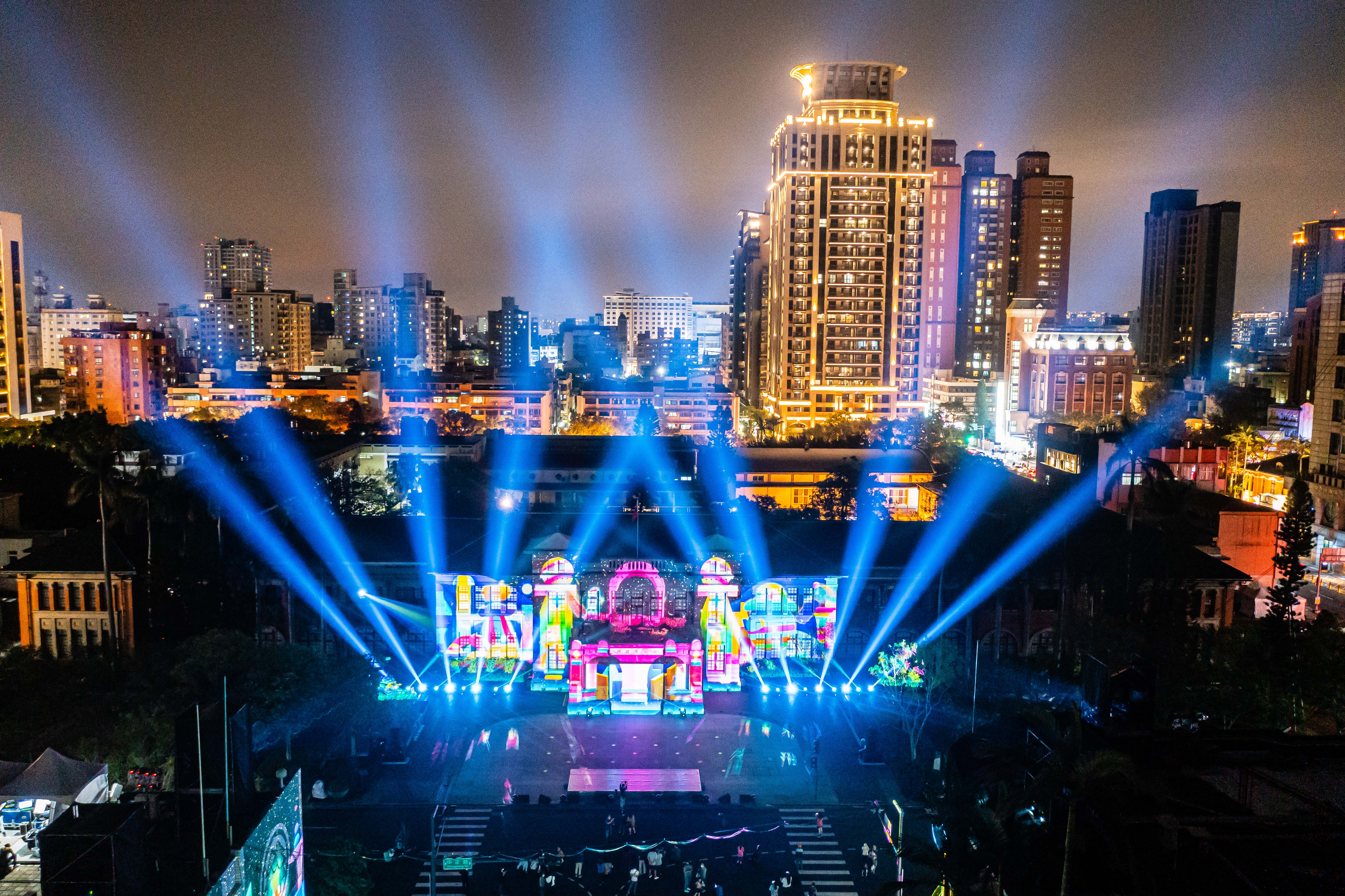 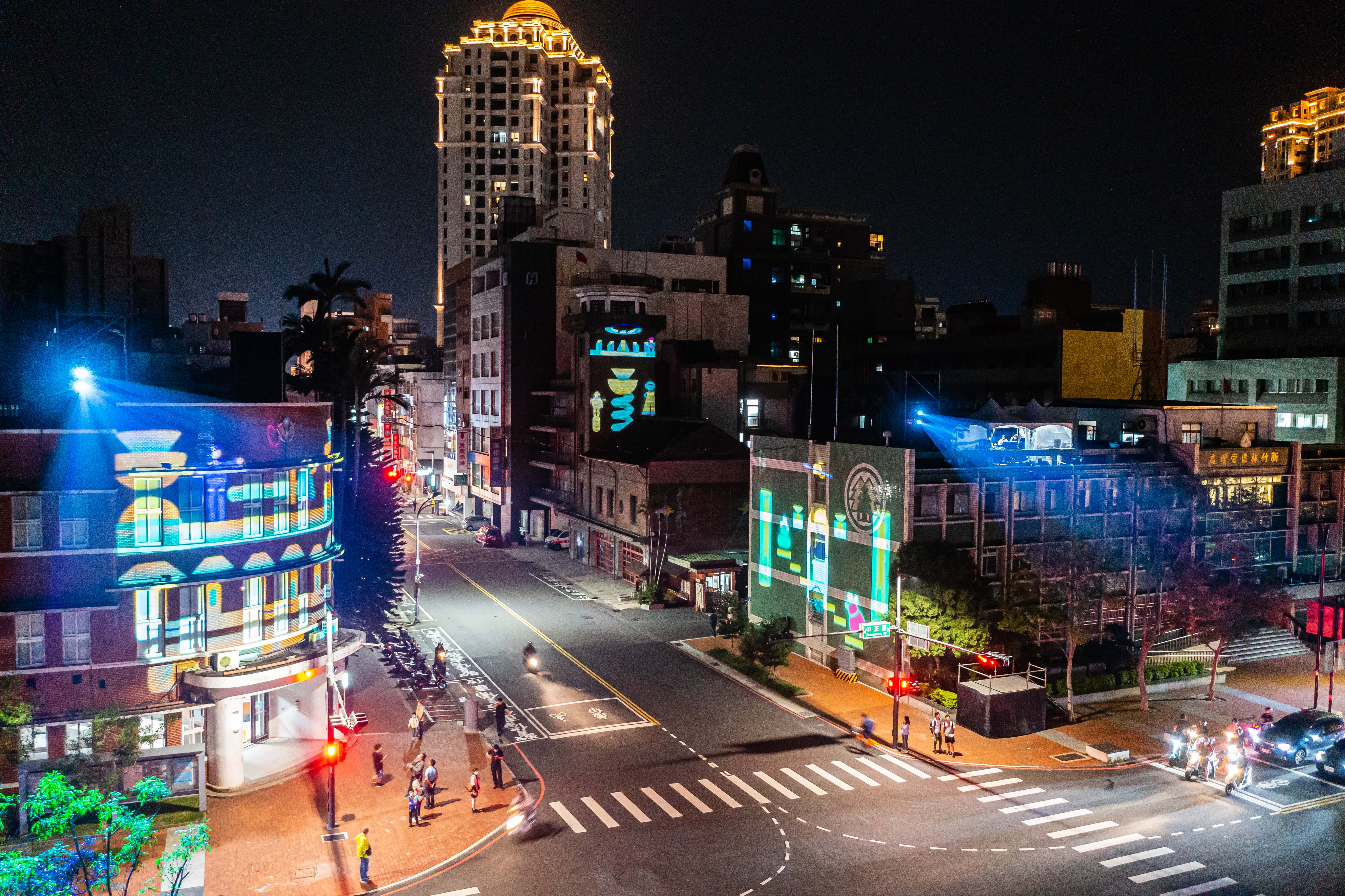 HIGHLIGHT 3 – East or West? Art History Can Be Fun, Too.

In order to showcase the Western and Japanese mixed style of architecture, light and shadow were shuffling at different buildings, hence building the spatial dimension of the show. Different architecture and structures were integrated, illuded, deconstructed, and reconstructed with the help of the National Center for High-Performance Computing and AI computing technology. Interweaving music arrangements of the East and West by musician Thomas Foguenne, and a series of fun experiments about art history to make audiences smile, created intrigue about how a futuristic museum could look like. At the end of the show, the light would return to the floral crown on the arch, symbolizing that the art scene at Hsinchu would keep flourishing. 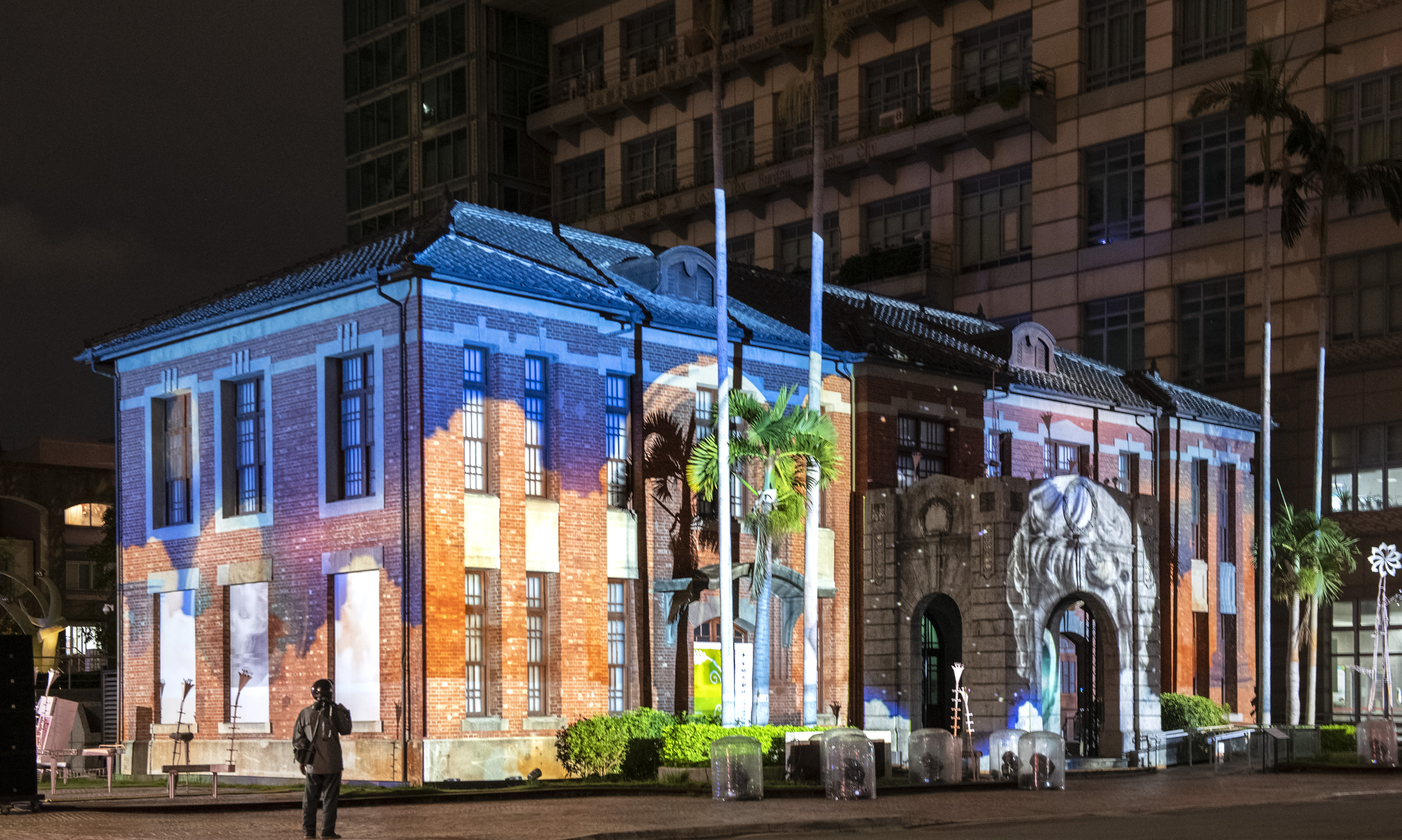 HIGHTLIGHT 4 – Collaboration. Let’s have a collaborative work in relay.

The Chinese title of Money & Bank comes from a direct phonetic transliteration in English. 10 groups of top Taiwanese animation teams were invited to come up with scripts and animations in relay, keeping with the spirit of the ‘Support and Collaboration’ fund of The First Credit Cooperative of Hsinchu. Once the first group of creators were finished, it was carried on by the next group, generating joyful one-of-a-kind imagery. Meanwhile, musician Wiwi Kuan was invited to arrange music for each segment. This lively and well-run rhythm of storytelling brought forth various imaginations and showed the vibrant energy of young Taiwanese artists. 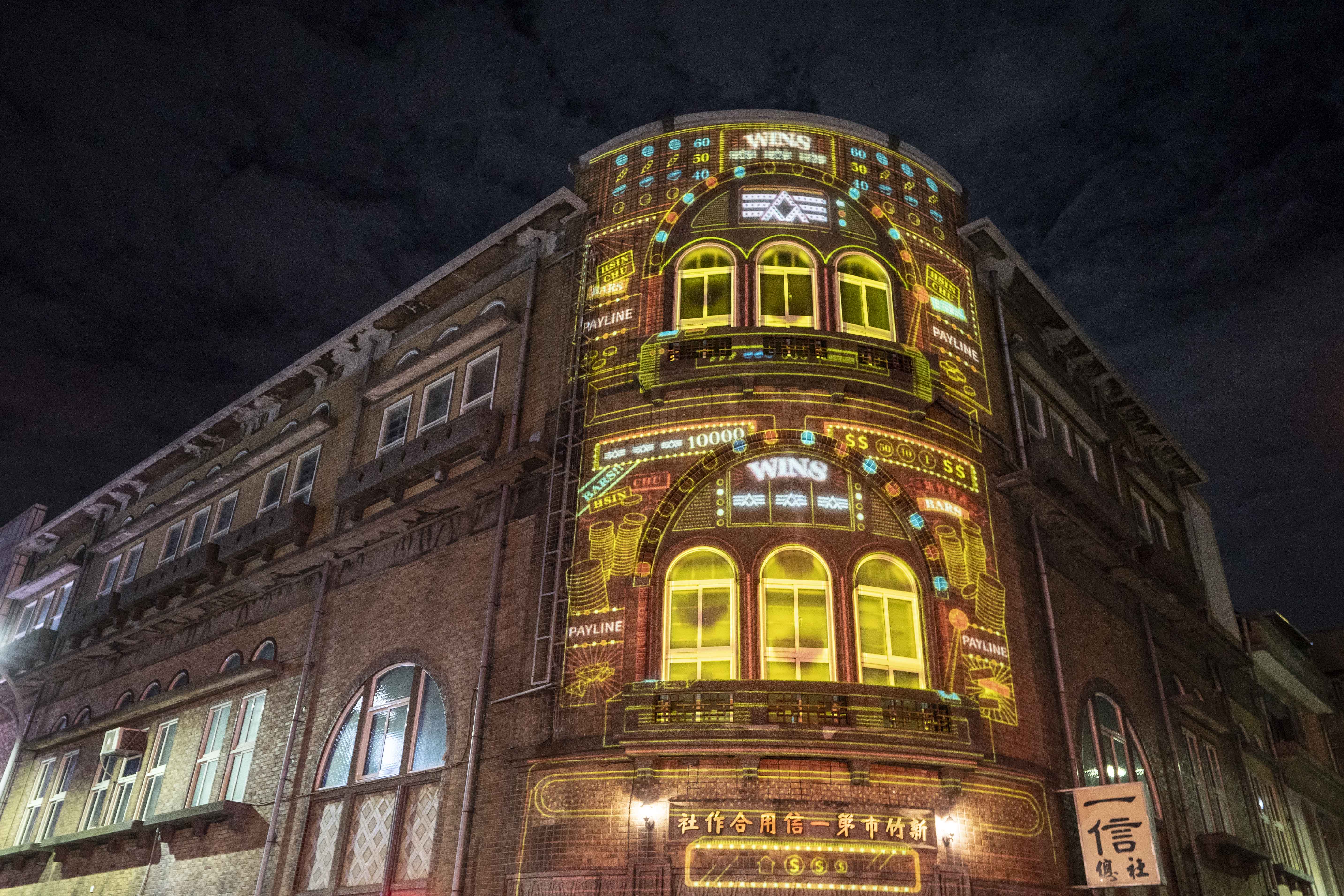 HIGHLIGHT 5 – A moving perspective, watching the epic and mysterious past.

Wings of the Dawning by COMPUTERFACE | Immaculate Heart of Mary Cathedral

The story line is comprised of 3 major parts: the turmoil of the world, the birth of the Cathedral, and the power of religion. Gorgeous and dazzling special graphic effects build an epic magnificent setting echoing the history of the Immaculate Heart of Mary Cathedral and re-interpret the graphic symbols of religion.

From the thrilling beginning, through the metaphors for disaster and epidemic difficulties, and to ending at a promising and bright future - bright like the dazzling wings of a holy angel. It strongly connected with audiences’ emotions; showed the power of religion and imparted immense hope for the future. 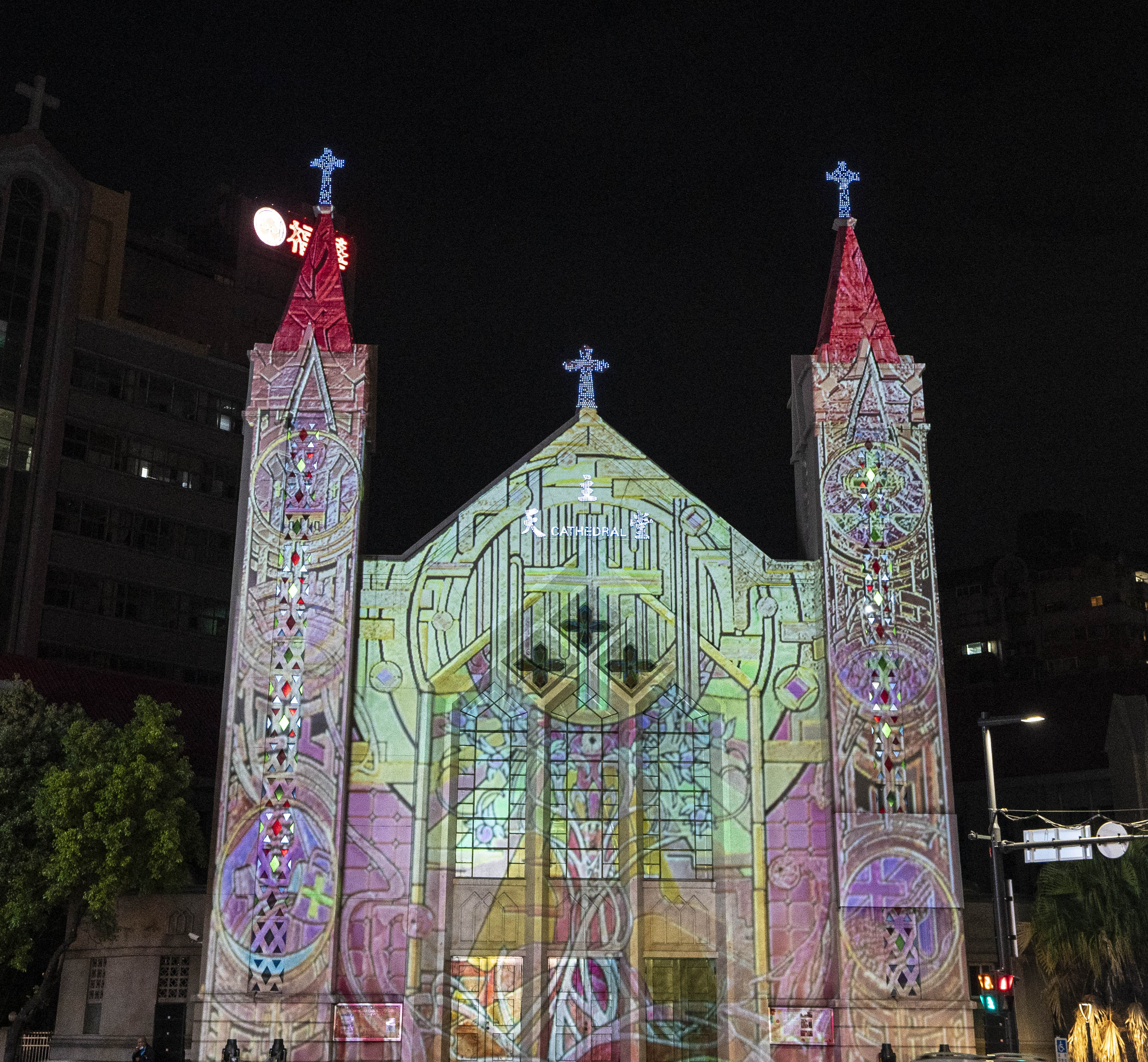